I have one advance copy of seaside tinkered treasures in my hands and I have to tell you that it's beautiful! When you entrust your work in the extraordinarily capable hands at CICO Books, how could the result not be brilliant? After all, they publish Rachel Ashwell's books. 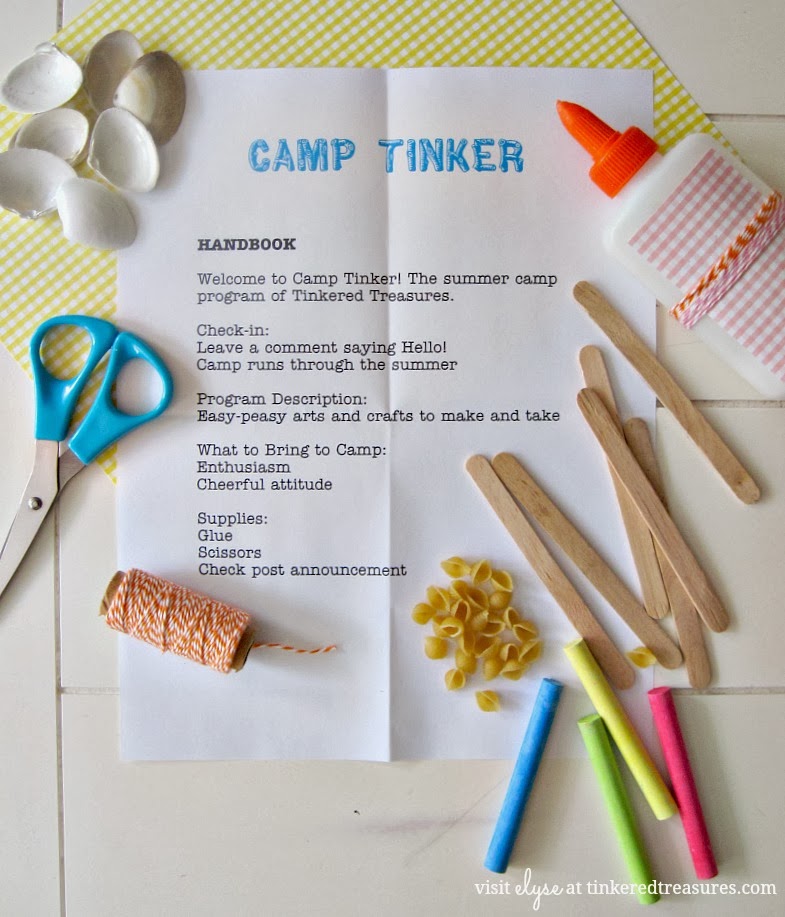 As soon as I wrapped Book 1 aka "Baby Girl" aka tinkered treasures, I began working on projects for a follow-up. I didn't know any better than to wait and was still in full tinker mode so why not? I knew from the get-go that I wanted projects to have a seaside theme and began working out ideas through a series of Camp Tinker blog posts. 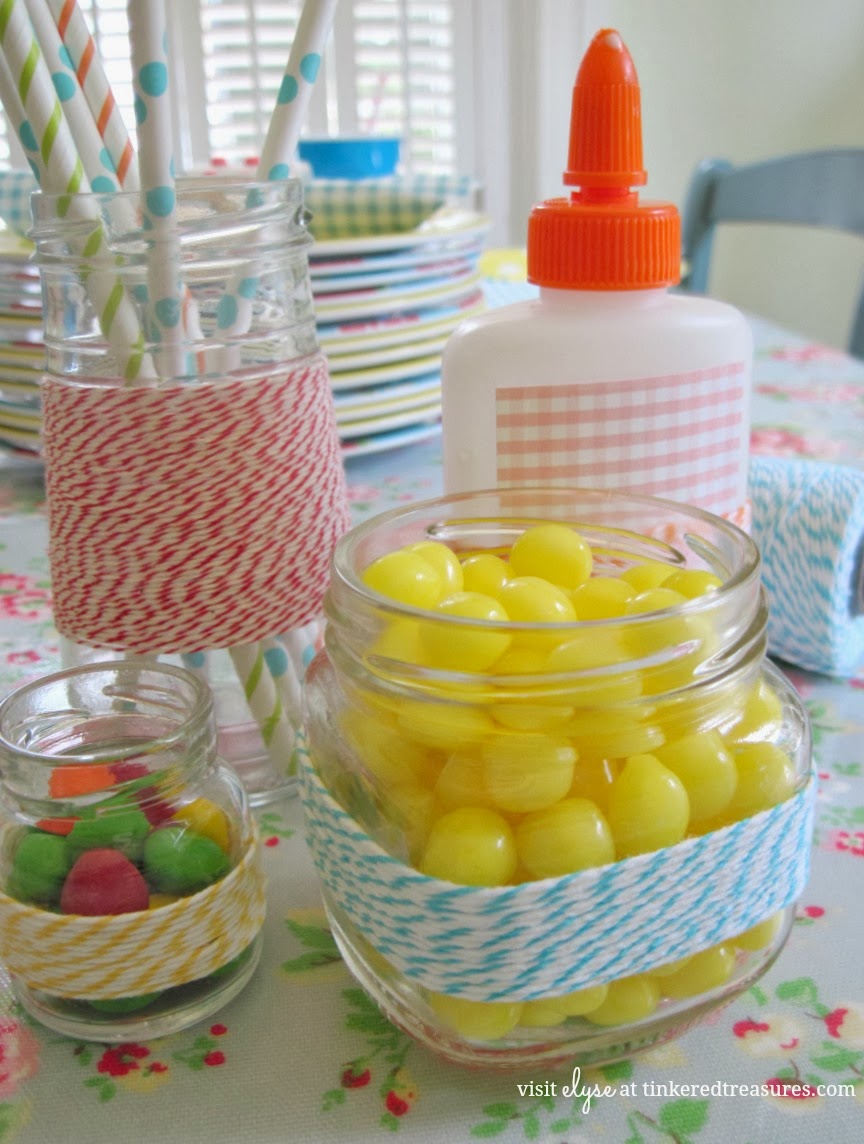 At first I began creating in what I referred to as a "palette of feisty citrus hues" but I missed my "signature" faded pastels and floral motifs.

So I returned to the colors and prints that make my heart sing! 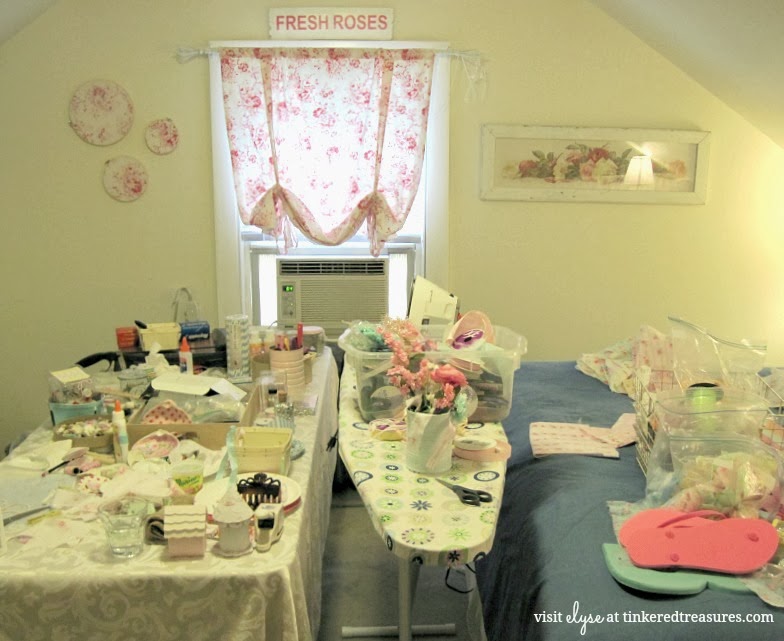 Toward the final set of deadlines, I needed to tinker nearly non-stop and set-up a six foot table in my bedroom. (What a patient and supportive hubby!) 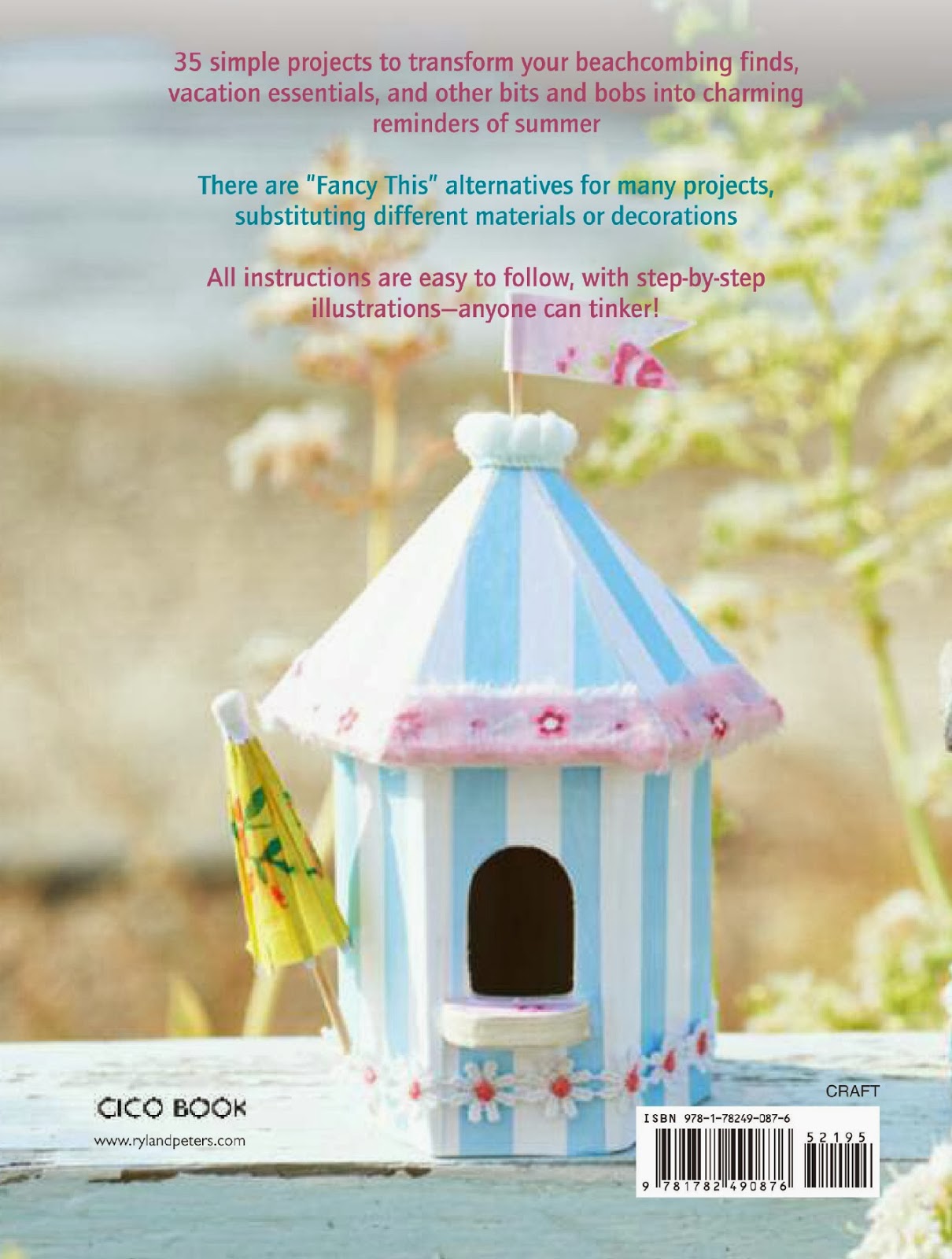 After the making came the writing. I asked stylist-author-hero Selina Lake, who I was lucky enough to spend an afternoon with in London last February, if she would provide the foreword and she did! She wrote the loveliest text and is preparing for the release of her fifth book Outdoor Living in addition to the re-releases of her other books in paperback and different languages. Visit Selina's blog for all the swoonable deets. 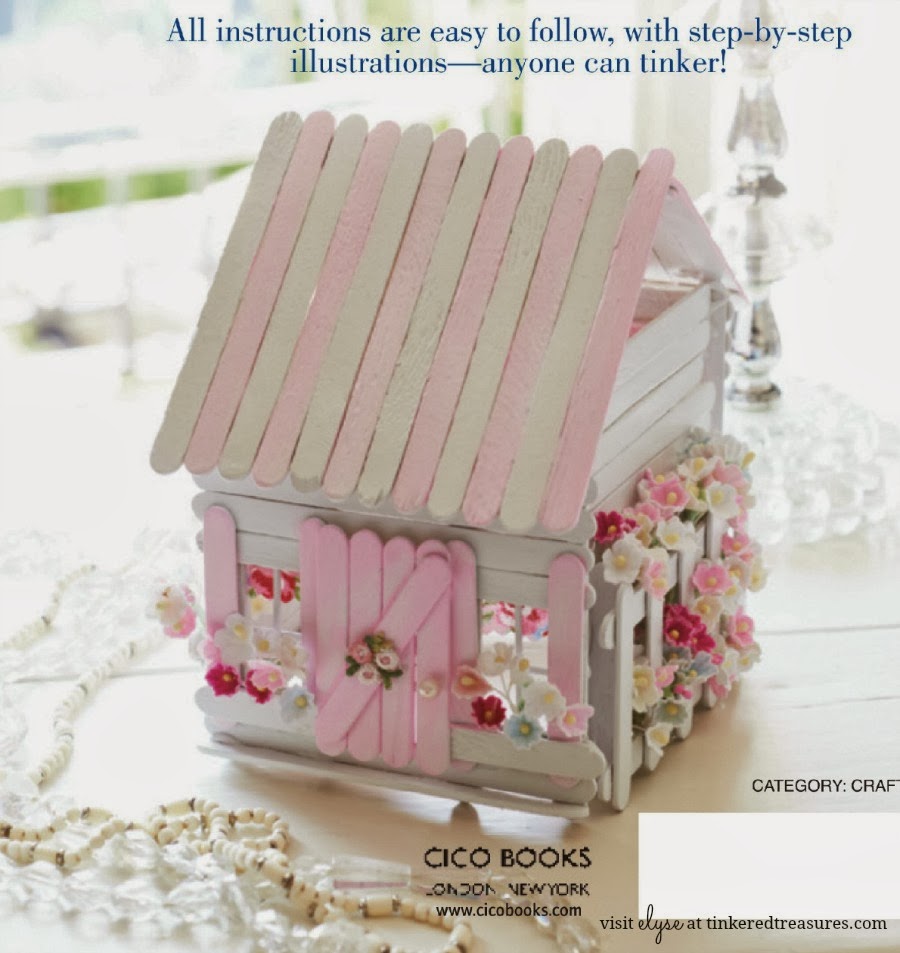 seaside tinkered treasures is now available for pre-order at "all good booksellers" and will be released this March. My publisher is currently seeking blogs to be part of an online book tour. If you are interested, email publicity@rps.co.uk for consideration to receive a review copy.

As with book 1, seaside tinkered treasures aka "baby sister" has an extensive suppliers list that includes many favorite brick-and-mortar and blogger-owned online shops.

To say that I am thrilled with book 2 is an understatement. I hope you will enjoy it, too!

For more than a few years now, this blog has served as my online diary and a place where I look to verify when things happened. Good thing for automatic dating on photos, too! A resolution or attempt for the New Year is to be better organized but I'll save those efforts for another post. Today, for my own sake, I want to stop and smell the roses of 2014.

I'll never forget this day. As I was running off to a meeting at my youngest son's school, I heard the tell-tale SHLUNK! of what had to be a heavy package hitting the floor from the front door mail slot. Already late, I still couldn't resist investigating as the timing was about right to receive the first copies of my book. In a hurried but careful happy-panic (hanic?), I opened the over-sized envelope which revealed two copies of Tinkered Treasures. I brought the books along to the meeting and like a proud, teary-eyed mom, showed "the baby girl" to teachers, the principal and friends. On the way home I stopped by the library to show my friend Bethany, who by the way, not only took the photo above but introduced me to blogging in the first place.

With a good friend living temporarily in London and a Valentine's Day publication date, how could I not jump at the opportunity to meet my U.K. publisher and see some sights along the way? My oldest sister Betsy volunteered to be my traveling companion (and security blankie) and we were off to London for three days and Paris for two. {find blog posts: february - april}

Still reeling with excitement from the publication of Tinkered Treasures and in the midst of pitching its follow-up (working title: Summer Treasury), I was approached by the brilliant Torie Jayne to contribute to her book and jumped at the opportunity to be part of something destined to be so special!

Meanwhile, publicity was in full force with my answering Q&As for magazine and newspaper interviews and even been photographed in the ol' Girlie Office a couple of times.

My first book signing! So many friends attended -- even longtime blogging buddy Karen Cox of A Scrapbook of Inspiration: so fun! The evening at Barnes & Noble went by in a blur. In April my family was also treated to a wonderful trip to Walt Disney World, courtesy of my dear in-laws.

In May I received and signed my contract for my second book, which would be called Seaside Tinkered Treasures. Pictured is one of the projects I had just finalized.

June found me racing toward getting book projects completed while the boys were still in school. Like a tinkered 'survival of the fittest' I revised my working list daily as stronger projects emerged and bumped others off. Ultimately I set-up a six-foot table in my bedroom so that I could work around the clock making glorious messes.

In the heat of the summer I was working on finalizing book text, reviewing contact sheets of BEAUTIFUL photographs and setting up local tinkering and signing events for the fall months. There were also days at the beach and this bucket list entry: seeing Paul McCartney play live!

Articles I had written in March were hitting the newsstands while I worked on new ideas and home tour features.

Better late than never, in September I had my official Book Party, held at the fabulous Providence shop, Kreatelier. {blog post}

By October Seaside Tinkered Treasures was pretty much wrapped with bits of final proofing left to do. After swooning over Rachel Ashwell's new book, which I had the opportunity to review for our shared publisher (PINCH ME!), I took a train to NYC to attend the book signing event held in SoHo. Once again, my sister Betsy was right there with me, along with her daughter Emily. I had a fabulous time and met Rachel and people from the New York office of Ryland Peters & Small/CICO Books. Having the chance to chat with my London publisher also in attendance, was a bonus!

My dear fairygodmother Fifi O'Neill invited me to have lunch with her while she was on location for a magazine shoot in my home state of Rhode Island. How very lovely it was to spend time with Fifi again (under more relaxed circumstances for me{blog post}) and at such a cozy, coastal cottage! I adore my "French mommy."

At the close of this remarkable year, I was writing articles, taking on new projects and eating way too many sugar cookies. I look forward to the new chapters that the second book brings along with it.

And here we are in the brand new year which I hope will be filled with health, happiness and prosperity for us all. And maybe even some organization ...

Thank you for reading!