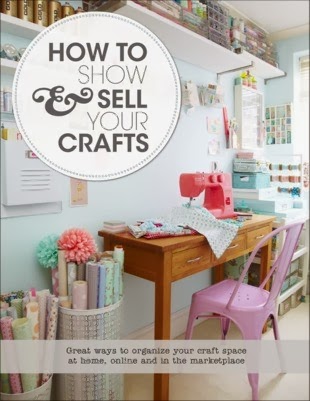 I have long admired the beautiful aesthetic of blogger Torie Jayne so I was excited when she added my blog to her blog roll and am still beyond-thrilled that she asked if I would contribute to her first book, How to Show & Sell Your Crafts. To find my name among her assembled crafty-blogger rockstar team is ... searching for words ... really validating. 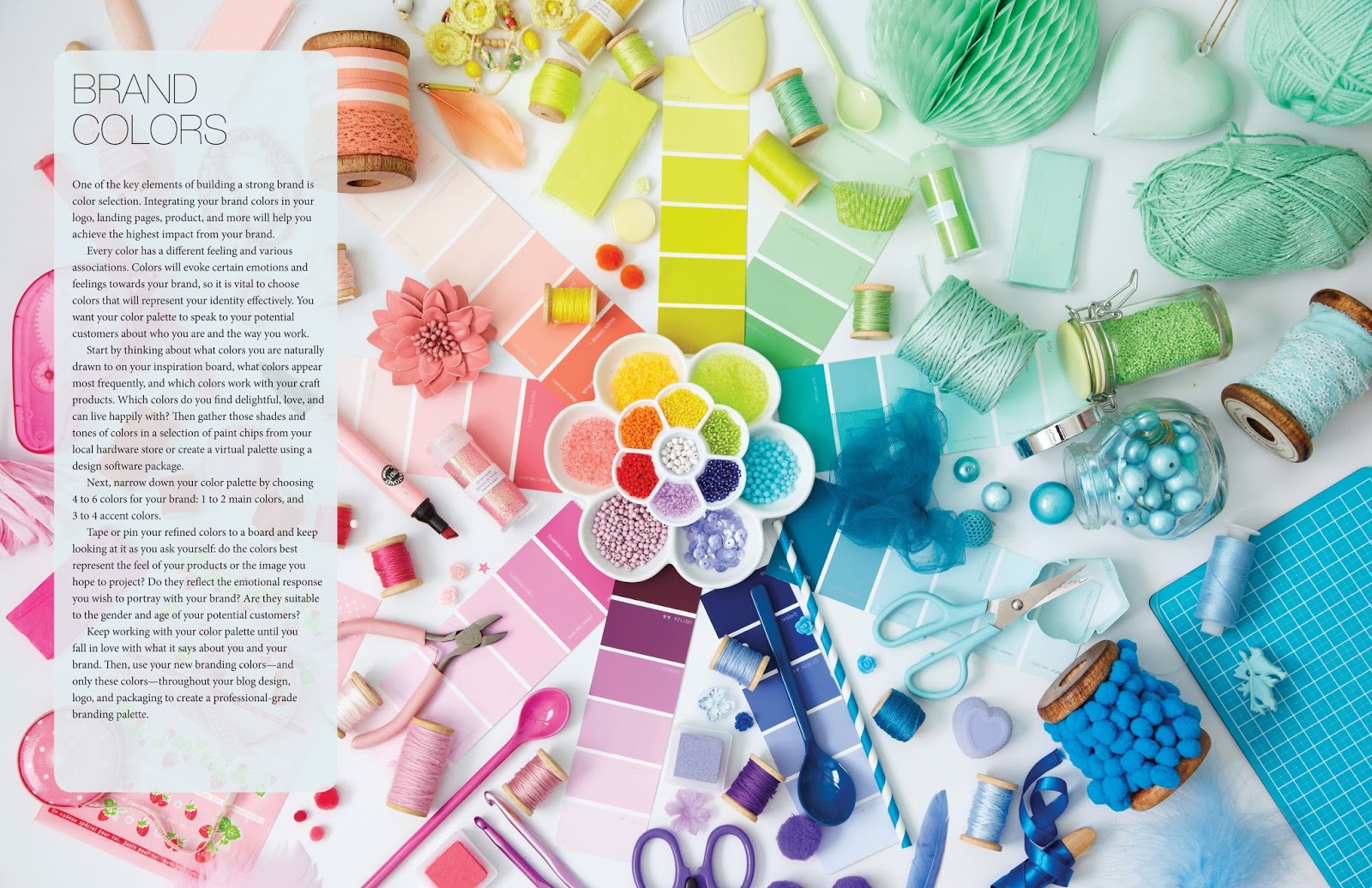 As followers of Torie's blog would expect, this book is beautiful and useful; the kind of book I remember searching for years ago and never quite found. In addition to being a visual swoonfest, it truly is a practical handbook for anyone interested in not only showing and selling but organizing and creating.

Thank you again to Torie for inviting me to part of this brilliant book. 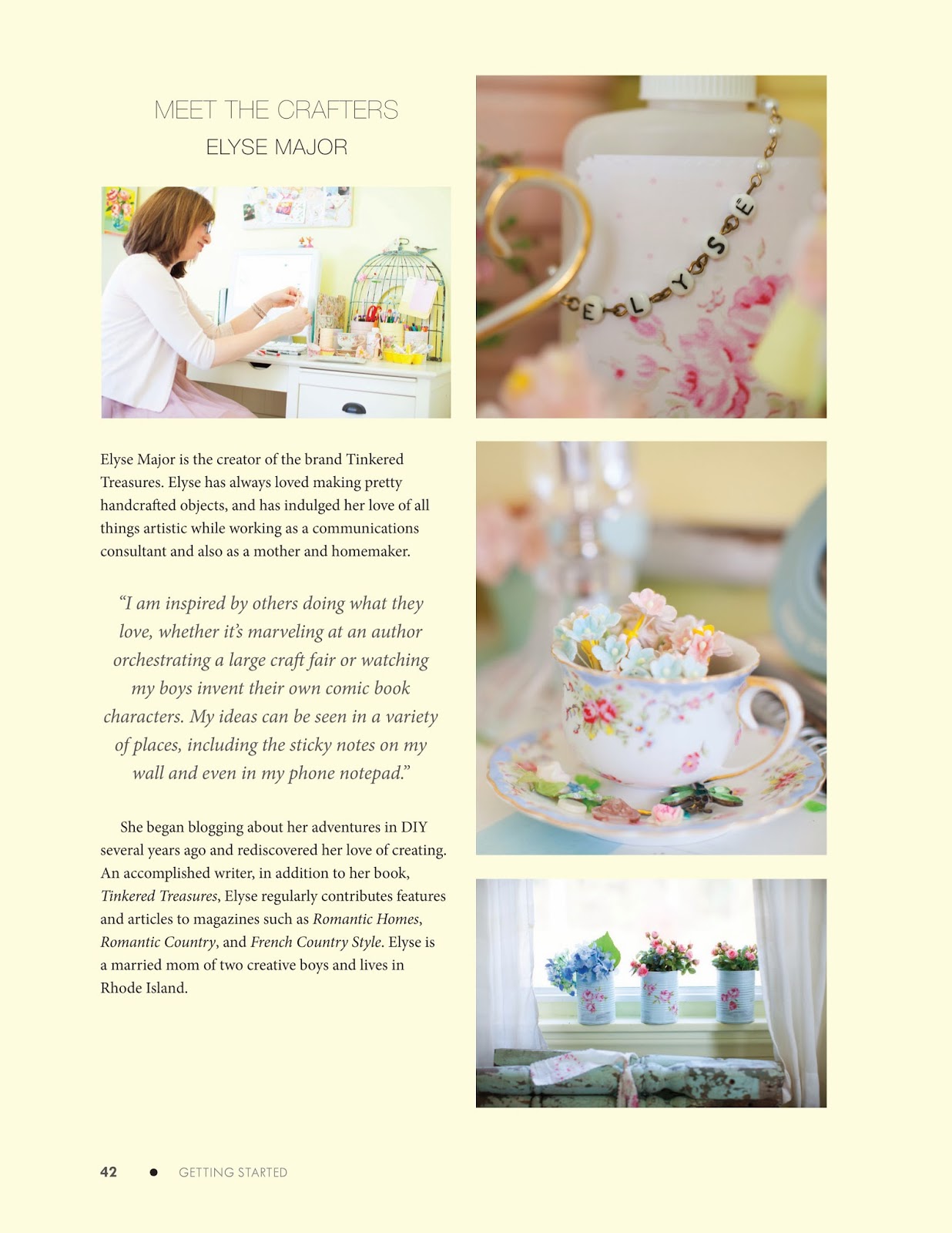 The photos of the Girlie Office and me were taken by my friend, the lovely and talented photographer Marisa Bettencourt, who also photographed my author pics for both of my books.

Recently I was approached by the Country Living Spring Fair with an offer to attend. Sadly, it's just not in the cards BUT I am able to offer my two tickets in a giveaway to readers. The event takes place from 19-23 March in the Business Design Centre, London. 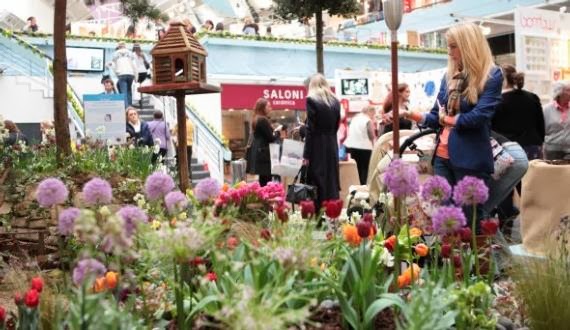 Ouch. I really would love to go to this! There will be all kinds of craft workshops, garden talks and demos. It looks pretty amazing.

Congrats to my friend through this wonderful online world Torie Jayne, on her brilliant book and best of luck to any readers hoping to win tickets!

A few years ago I stumbled across a beautiful blog called Lavender and Limes and clearly recall its creator Christine Chitnis, announcing the big change she was making in her life: leave her job to focus on becoming a published author. Her words resonated with me because I wanted the same thing. Soon it seemed like every time I picked up a magazine, there she was! I was inspired and impressed!

Before long I was published, too and Christine and I became acquainted online as contributors to the Rhode Island-based site Kidoinfo and then offline when I pitched a story about her stunning home to Cottages & Bungalows (October 2012); this lead to spending a busy day together styling and shooting. Recently Christine and I met over coffee and sweets to talk about our shared determination, raising boys, and her new online series of workshops, Pitch Perfect. 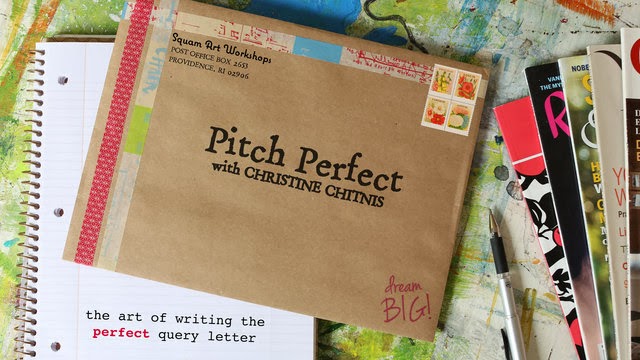 Me: The first time I was published, it was as a reader-submission to Romantic Homes
{details here}

Christine: For me, it was a pitch to Bust Magazine about about Lindsay Laricks who started a snowcone business out of a renovated Shasta trailer (she's since moved into a storefront). The visuals were great, and her story was unique.

When I decided that I wanted to write for magazines, I checked out a bunch of freelance writing books from the library, learned to write a killer query letter and started contacting editors (anyone and everyone- looking back I realize so many were out of my league, but ignorance is bliss!). There is really no magic bullet, no secret formula…just hard work, determination and an ability to pick yourself up after each rejection letter (and trust me, there are a ton of those!). The first six-months, I could have papered my entire house with rejection letters, but finally, after being shot down non-stop, I received a positive response from Bust Magazine. When I saw my writing in the magazine several months later (a full page! woohoo!) -- I was hooked.

There is nothing like the thrill of seeing your name in print. From there it was a snowball effect, and I quickly worked up to Country Living, The Washington Post, Time Out New York and The Boston Globe, among others. I'm now at work on my second book and I have to say- I never tire of seeing my byline. It is still as thrilling as the very first time!

I agree as the staff at my local bookstore can attest. I still dash inside to buy multiple copies of published features (usually jumping a bit) and visit copies of my book!

Okay, so as I stated earlier, Christine has created an online class where through a series of lessons she shares what she learned and how she came to be a published author with two book deals and numerous articles featured in top publications. She has taught this class three times at Squam, and each time it has sold out. For the first time ever Christine is bringing it online and I am happy to help spread the word!


Pitch Perfect :: with Christine Chitnis from Squam on Vimeo.