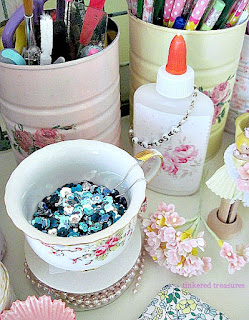 Lately I find myself being drawn to sparkling, glittery things more than ever. I think it kicked-in to overdrive around Halloween, a time of year when I become {a bit} envious of today's little girls who have so many poufy princess costumes and sequin-everything (!) at their disposal. I might have tutu-envy or something. 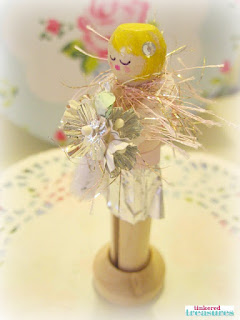 As I fashion shiny skirts and tinseled boas for my clothespin dolls and hang twinkling lights to decorate, I think: Hey, I want some sparkle too! 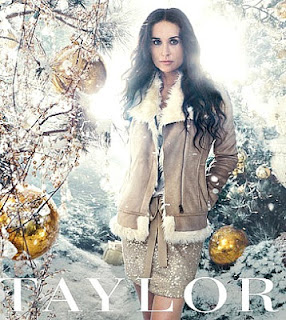 Last year I was smitten with the ad above for Ann Taylor which showed a sequin skirted Demi Moore looking as if she were walking through a winter wonderland -- not quite ready to attend a fabulous party but perhaps on her way to one after running an errand or two. What a great idea: special clothing for everyday use. And this time sequins didn't look matronly -- sequins looked cool! 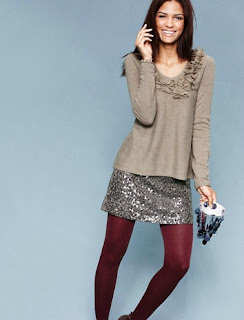 But I didn't want to spend much money on this sequins-around-town idea, especially if I didn't end up with the mojo to get bedazzled on say, a Tuesday afternoon. 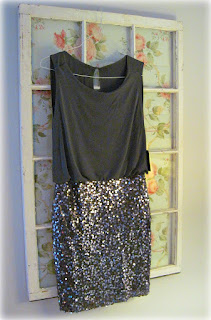 Today while sauntering through TJ Maxx I spied this dress. At less than $30 it could be the perfect dare-I-say "foil" for my shiny-bright idea. The cashier asked if I bought it for a special occasion. Nope. I imagine wearing a bulky sweater or even a cardigan over the dress and pairing it with tights and boots. 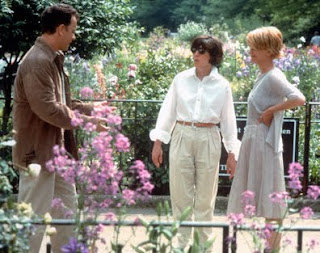 Kathleen Kelly could get away with it, for sure ... 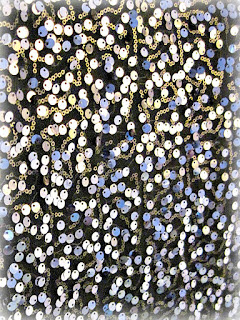 So, what do you think: Sequins at the supermarket? Taffeta at Target? Let's start a fancy-meets-workaday revolution.

don't mess with the tinkering mojo 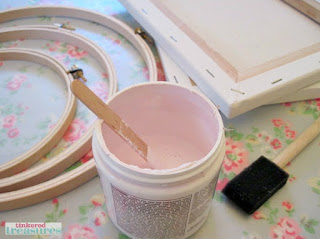 I'm supposed to be tidying-up and styling the Girlie Office for a photo shoot to promote my book but keep getting struck with tinkering mojo and making messes instead. {You can't refuse the mojo!} 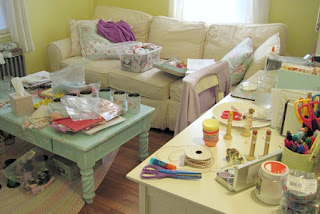 I suppose that making messes and creating go hand in hand. 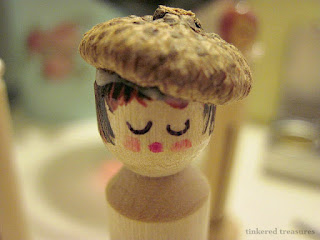 It all started when I was figuring out where to store some gathered acorn caps -- which turned into making a clothespin doll. And the thing about making clothespin dolls is that you can't make just one. 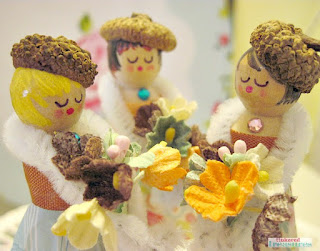 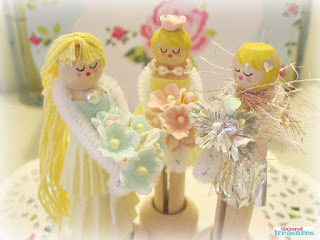 Then I made a few more. 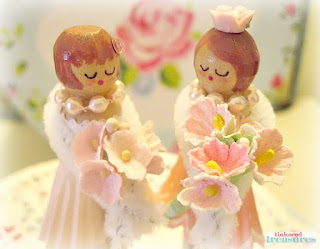 Okay, then two more. I put away all of my supplies and then ... 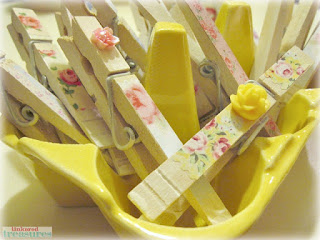 felt like tinkering a bit more. Making things is so pleasurable! 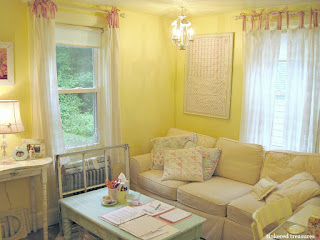 Once the room was reassembled I began to think how it would be nice to have something on the blank wall. I searched around a bit online and offline but came up empty-handed and then somehow mysteriously ended up at Michaels where I purchased embroidery hoops and blank canvases (canvasi?). 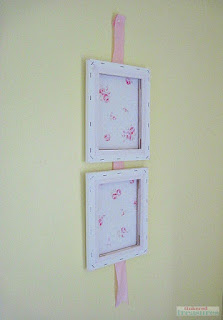 I once saw the reverse of "canvasi" used as frames in a display at Anthropologie and decided to put my own spin on the idea so I painted the exposed pine, mounted decorative paper and attached two to a wide length of satin ribbon. 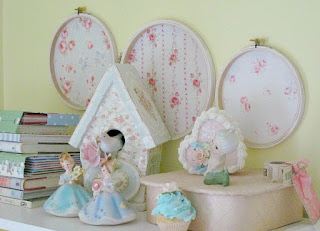 I also framed paper using the outer pieces of the embroidery hoops and attached the trio to the wall using masking tape (because I am way too fickle to commit to nails or screws). 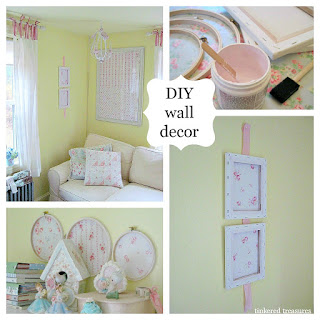 Now, I just have to keep this room neat for a few more days until the photo shoot.

{FYI clothespin dolls, clothespins and even the decorative paper I use are included among the over 35 projects in Tinkered Treasures!}